Desmond Dekker played at my local university (Leeds) earlier this month. We saw the posters and planned to go but messed up the dates and missed it.

15 days later the man is DEAD. Last gig he did too.

This bus narrowly missed a Subway franchise in Leeds and crashed into an Ainsleys instead. Ethical dilemma: if you were a dissenting bus driver would you choose to plough into Subway rather than Ainsleys knowing that whilst it’s a bigger and eviller chain, you might hurt more people?

I think the easy answer to this is to crash into both places, but make sure you do it after hours when the place is closed. More photos here. I didn’t take them though; I plucked them from the grape vine.

I met Stuart Langridge and Jono Bacon from LUG Radio last night as they came to Leeds where Jono talked at my local LUG. Wookey also gave a talk about the latest stuff going on in the Emdebian world.

And of course I also met up with some of the WYLUG regulars (Robert Speed, Jim Jackson, James Holden, et al) and some perhaps not so regular (which would include me btw).

We enjoyed the talks, went to a local Italian place for dinner then to a local pub. Was a great night. 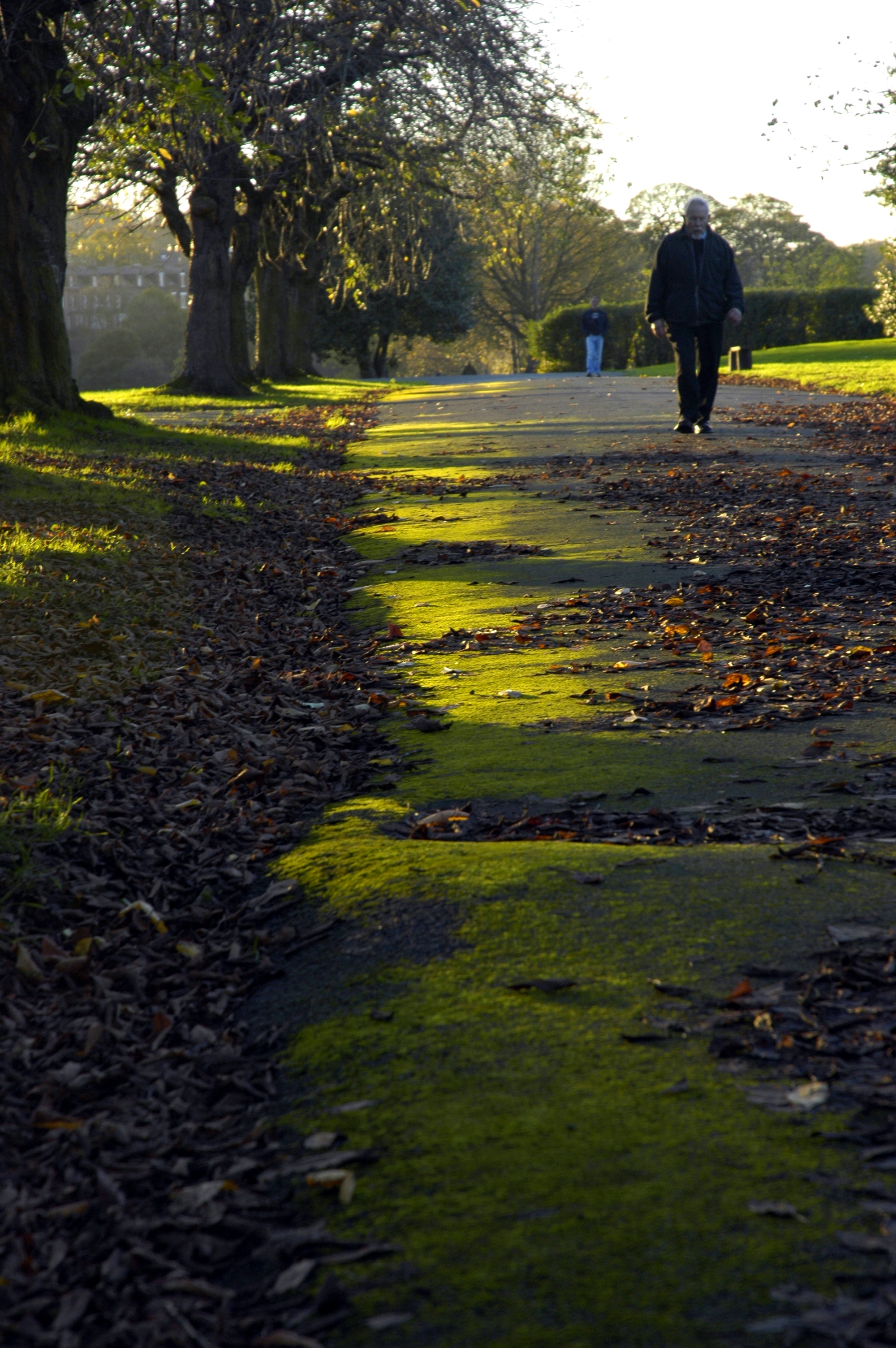 People came together in Leeds on Wednesday to Unite Against Fascism. We protested outside Leeds Crown Court where Nick Griffin, the leader of the British National Party, was up on charges of inciting racial hatred (well, the preliminary hearing). Louisa has written a much more in-depth commentary of the day, go read it. But in summary, it was a very positive day and we outnumbered the BNP supporters almost ten to one. 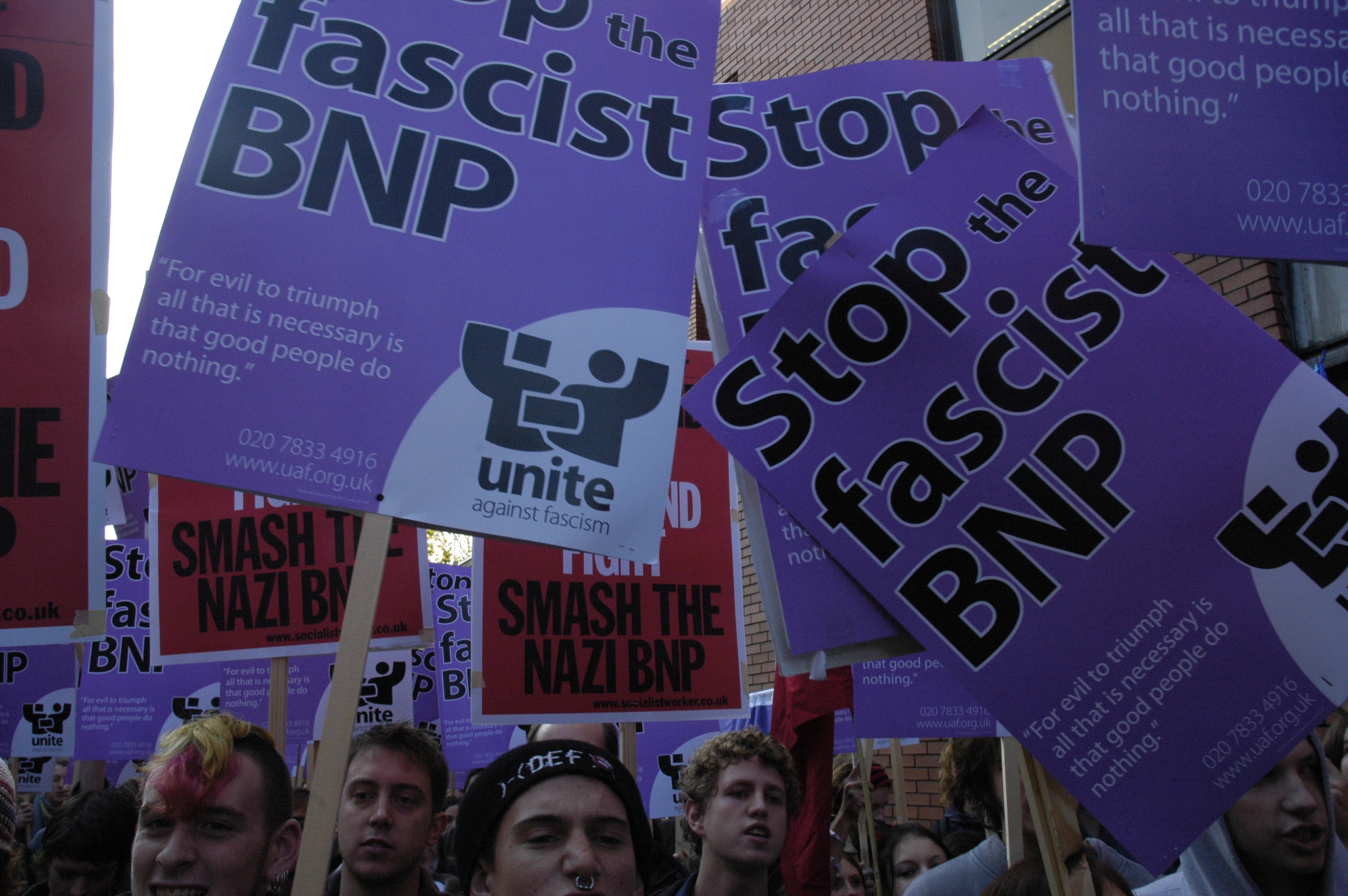 I took lots of photos, some of which you can find on my Unite Against Fascism Protest gallery.

UPDATE: ROFL. I just read that the BNP claim, on their website, that 350 supporters turned up and only 300 protestors. The way I saw it (and the mainstream media) they had, at most, 200 people and we had between 800 and 1000! Such hilarious misrepresentation of the facts is worthy of a FOX news piece. I went along to the Leeds Unity Day in Hyde Park on Saturday. It looked as if it wasn’t worth leaving the house as it had been raining all day, but it stopped around 1700hrs and the clouds dispersed and the sun came out. We were only there for an hour or so but I managed to snap a few photos. The light wasn’t ideal so they weren’t so great, but I managed to salvage a few with a good bit of post-processing using The Gimp.

As usual I’ve made them available in my photography folder.

I also submitted some smaller versions to IndyMedia.

At around 0350 this (Sunday) morning I half awoke to a very strange sound. It was loud and sounded to be coming from out on the street. I looked at the clock and misread it as 3150, so assumed I was having a lucid dream. Louisa woke too and I mentioned the dream noise, and she told me she heard it too, so I decided that I was definitely awake. At this point, the sound repeated itself. It was an metallicy almost alien noise. I don’t think I’ve ever heard anything like it. It was ungodly. It sounded perhaps like 5 road sweepers with metal brushes driving close to a row of parked cars. Or the Terminator having rough sex with a robotic pig. It repeated a few times, sounding very much like the source of it was moving around the estate, away from us.
END_OF_DOCUMENT_TOKEN_TO_BE_REPLACED

half man half biscuit gig

We saw Half Man Half Biscuit last night at the Cockpit in Leeds. Great stuff. It’s wonderful to hear NON-American cultural references that I don’t understand for a change. Incomplete unordered set list follows:

And as Louisa said, I too liked that their stage “costumes” looked like they had all been bought at Matalan.

A Leeds sunset from the summer solstice evening. This was my first experiment with long exposures; I think this was a 5 minute exposure. I’ve tinkered with it using The Gimp to make the horizon more of a silhouette and enhance the colour of the sun set. I also removed a lit up powerstation in the foreground. I also originally saved this in the NEF raw format, just to piss Nikon off. I noticed this scene on my drive to work and waited for a few days for the sun to come back before photographing it. The sun never did come back so I snapped it anyway, in case the flowers died, or the post box was blown up as part of some terrorist plot (of which there are so many here in the UK). Due to the blue being so distinct from everything else I can trivially change the hue of the flowers independent of everything else. They look good in yellow and purple, but I’ve left them as evolution intended. I took this at the site of a relatively modern building that had 80-90% burned down in West Yorkshire. I had to sneak around all the barbed wire fencing. It seemed to be some kind of storage facility for car cleaner stuff. There were hundreds of thousands of burned blister backs of wax cream or something, and rolls of this blue plastic, and lots of burned metal including a burnt out fork lift truck.